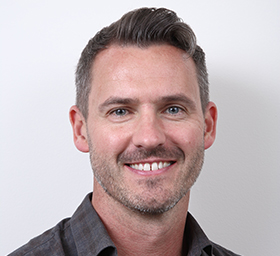 Matt Leacy has an established 20-year career in the Australian Landscape and Design Industry. He founded his business Landart in 2000, a successful design, construction and maintenance company which has grown to include a team of over 40 professionals. Matt now co-owns Landart with partners Mike Steven and John Bazire. Qualified in horticulture and structural landscaping, Matt is driven by creating spaces that become even more appealing with maturity and where the worries of the day just fade away. He is drawn to the energy abounding in the outdoors and feels privileged that his job involves changing people’s lifestyles and the way they view and use their property. To encourage others into the garden, Matt does regular appearances on television and is the landscape guru for Channel 10’s The Living Room.

Although home is where the heart is, Matt has travelled extensively. One of his most memorable jobs was in Thailand following the devastating 2004 tsunami where he and a team helped locals rebuild a temple garden that had been totally destroyed.